Quite simply – we want to reduce the public health impact of our products.

We know tobacco products pose real and serious health risks and the only way to avoid these risks is not to use them. But many adults choose to smoke, so BAT’s top priority continues to be working towards reducing these risks and making available a range of less risky tobacco and nicotine-based alternatives.

What is harm reduction?

In the world of public health, harm reduction is about developing policies to try and minimise the negative health impact of a risky activity without stopping it entirely.

For tobacco, this means offering less risky alternatives to regular cigarettes for those smokers who cannot, or choose not, to give up.

Harm reduction as the way forward

The idea of tobacco harm reduction is not a new one. In many countries, BAT has long promoted snus, a type of low toxicant oral tobacco, which is a proven reduced-risk product – but it lacks wide consumer appeal and availability globally, and is not widely known in South Africa.

So it’s only relatively recently – with the rise in popularity of e-cigarettes – that harm reduction has moved from a concept to a reality. An increasing number of professionals in the scientific and public health community are now advocating harm reduction as the way forward for helping the 1.3 billion people worldwide who continue to smoke despite the known health risks.

In practice, this could mean that as well as traditional ‘stop smoking’ health services, smokers who’ve been unable to quit are encouraged to switch to less risky products.

However, currently only a few governments actively support this approach. There are some public health experts and organisations with concerns that not enough is known yet about the health risks of e-cigarettes and that they could undermine efforts to denormalise tobacco use. They are also suspicious of the tobacco industry’s involvement in tobacco harm reduction. 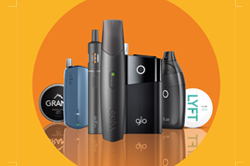